This is a test of a StorPool Distributed Storage system, which we call “SSD-Hybrid”. It consists of 20 SSDs and 40 HDDs, spread evenly across 5 storage servers (nodes). The system uses 3 copies of each piece of data in a different server to guarantee redundancy (i.e. 3x replication). All reads and writes come/go the the SSDs first and are then replicated to 2 HDDs (Write-Back Cached) before committing an operation. Nevertheless this 100% cached storage system delivers indistinguishable all-flash performance, increased reliability at a very affordable price point. 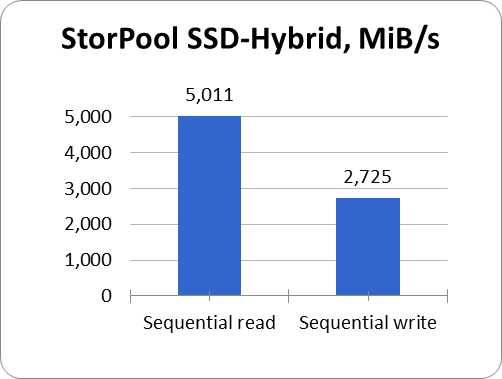