StorPool distributed storage is proud to announce its newest case study with the leading web hosting provider SiteGround. It collects at one place the essence of a successful deployment.

The integration of StorPool within the SiteGround’s hosting infrastructure is announced officially after it was production-proved and was long-awaited. Ivaylo Nikolov, CIO of SiteGround, said: “StorPool’s solution and scaling model allows us to achieve hundreds of times faster performance and scale both computing and storage clusters instantly“.

Thanks to StorPool’s distributed system, in case of any server issue, SiteGround can minimize downtime to next to none by having all instances hosted on that node up and running on another server. 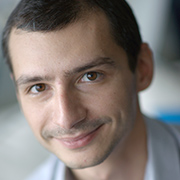 “Оne of the key differentiators between SiteGround’s enterprise web hosting services and other solutions on the market is our extreme cost-effectiveness without compromising on power and resilience. We consistently hit top results in our regular performance benchmarks and back that up with a 99.99% or higher SLAs. Using StorPool along with a low-latency and high bandwidth Infiniband network allows us to match the speed of local SSD storage, which is amazing. To top that up, having a distributed storage that can easily be accessed by any server in the cluster means we can practically eliminate downtime or reduce it to mere seconds in case of a hardware failure, which makes our services incredibly reliable.“, said Tenko Nikolov, CEO of SiteGround.

According to SiteGround, they have been able to save a couple of hundreds of thousand dollars on the investment for big expensive storage. They already have a competitive edge against most, if not all of their competitors by implementing commodity hardware and using the same servers for compute and storage. This advantage comes not only in the form of price, but also by what they can do and how fast they can do it.

More curious information about SiteGround and their benefits of using StorPool’s distributed storage you can find below:

Founded in 2004 by a few university friends, SiteGround gradually but steadily turned into one of the leading web hosting providers. Today it has about 450 employees, working from 6 different offices and hosts more than 500,000 domains. The company achieved all that by daring to create its own solutions and in that process came up with unique revolutionary technologies in the fields of server security, uptime and speed. SiteGround team is never satisfied with „good enough“ and their hands-on approach is their most effective way to ensure the products’ and services’ quality.

StorPool was founded in 2011 to make storage simpler yet more effective and affordable. Its block-level, distributed storage software is arguably the fastest and most efficient software-defined storage solution (SDS solution) on the market today. It was designed from the ground up to replace traditional SANs, all-flash arrays (AFA) or other less-efficient storage software products. StorPool relies on standard servers to build a fast, scalable and reliable shared storage system. It is highly flexible and can be deployed in both converged setups (on compute nodes, alongside VMs and applications) or on separate storage nodes. StorPool’s solutions are available and supported worldwide.