This is a test of a StorPool Distributed Storage system, which consists of 20 SSDs, spread across 5 storage servers (nodes). The system uses 2 copies of each piece of data in a different server to guarantee redundancy (i.e. 2x replication). 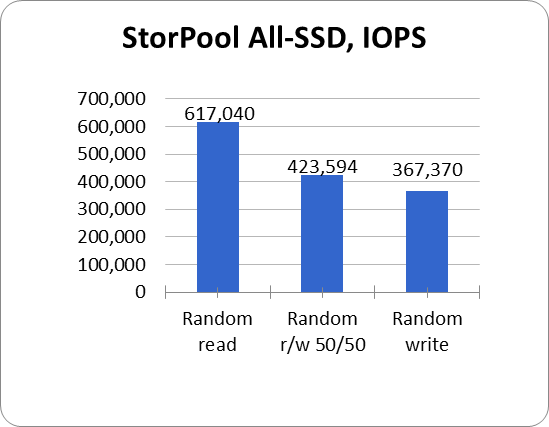 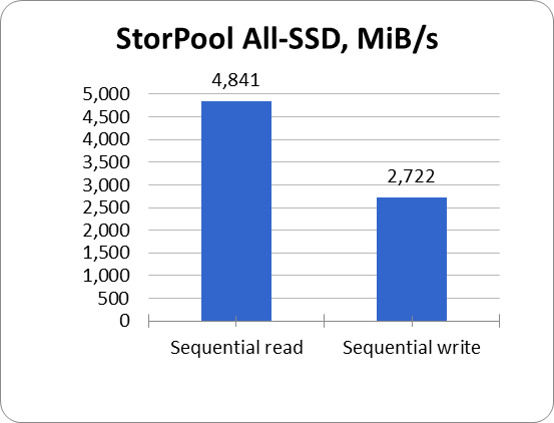 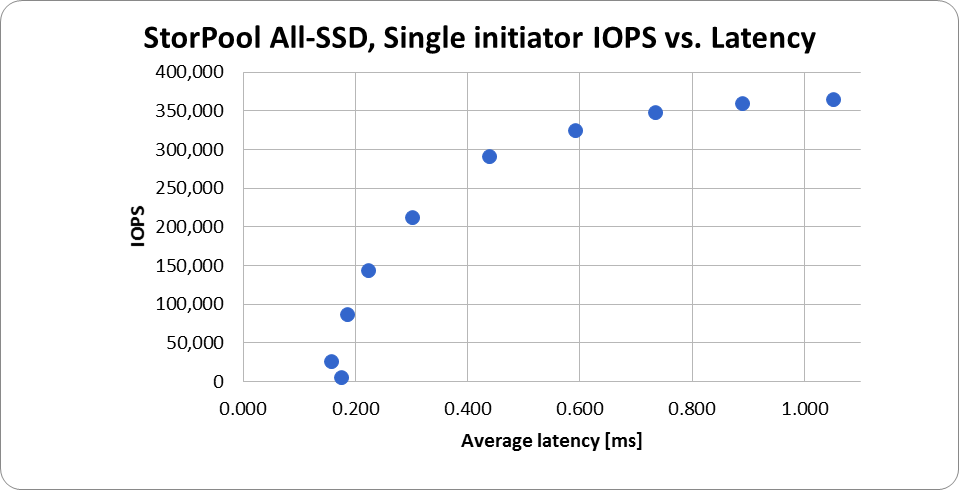